We spent much of the day on Saturday at Opry Mills Mall in Nashville.  The boys had Lego gift cards they received as Christmas gifts and some birthday money that was burning a hole in their pockets.  I don’t necessarily mind taking my boys to the Lego store, but it can be frustrating.  They know exactly how much money they have, but it never seems to be enough for the big set they have their minds set on.  Once we move past the lack of funds for the 3 million piece set they want, they begin combining smaller sets.  It can be difficult keeping up with 3 boys, all wanting various sets of different price ranges.  Where’s my calculator?  However, I also enjoy shopping at Opry Mills Mall, too.  Besides, I need some shopping therapy before Legos consume my house. Saturday was a beautiful day.  The sun was shining and a warm breeze lifted our spirits after months of rain and depressing weather.  When we returned home, Clay talked the middle one into helping him pull weeds in the front yard.  This was a tremendous feat because they all were chomping at the bit to get their Lego sets put together.

Off they went into the wild blue yonder to tackle the menacing weeds in the flower bed.  I was in the house tidying up, working on my Bible study and other tasks.  Those who know my hubby knows he can’t quit a task until the task is completed.  I knew the weeds would be gone.  I knew he would do a fantastic job.  What I didn’t know……

The next day, Sunday, as we’re leaving for church, that’s when I noticed how far he had gone with the weeds.  I looked down to see if my beautiful crocus flowers began to bloom.  I had been teaching my boys about daffodils and how exciting it would be to watch as they bloomed.  I explained how the first signs of Spring, such as blooming flowers, means the end of Winter.  I am not a fan of Winter by any stretch of the imagination, so I was hanging on to every bloom!  It was amazing for my boys and me to see these beautiful budding flowers.  They were growing at a rapid pace and soon they would bloom.  Last year, however, we didn’t get to see them because we had just bought the house and the flower bed was overgrown with weeds.  Watching these beautiful, living artworks designed by God made it that much more special!

Where was I?  Oh, yea, Sunday morning.  Imagine my shock as I looked down at my beautiful daffodil flowers to see them gone!  My beautiful flowers.  My pathway to Spring.  All of them were gone! Time stood still.  I saw nothing.  I heard nothing.  Then I screamed, “WHERE ARE MY FLOWERS!?”

The first thought that popped into my head was some rotten teens in the neighborhood pulled a trick (pun intended).  I wouldn’t put it past them because they smashed the pumpkins my hubby carved crosses into last year.  I asked again.  My husband was mostly quiet at first.  I might have screamed a little louder the second time I asked.  I’m not saying I did, I’m just saying maybe. Finally the middle child – the forgotten one, the compliant one, the quiet one – answered my question with, “We pulled them up.”  He was so calm.  I was so confused.  There had to be some explanation.  I demanded an explanation and it had better be a good one! 🙂 The explanation I wasn’t looking for was my husband’s – “I didn’t know those were flowers.” 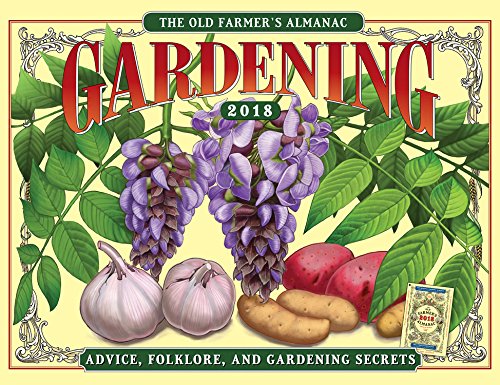 I was upset.  I was disappointed.  I was shocked.  Tears were streaming down my face.  Apparently I had more stock in these flowers than I imagined.  My husband became agitated.  Instead of apologizing right away, we did what every mature Christian couple should  NOT do.  We both walked back into the house going our separate directions.  Well, we knew enough to know the devil was trying to keep us right out of the very place we needed to be – Church!  We needed to shod our feet with the Gospel of Peace!

There may have been awkward silence with just Clay and I, but with three boys, quiet moments are fleeting.  Along the drive, my middle son – the forgotten one, the quiet one, the compliant one, the one who listens to Mommy about flowers – says, “Mommy, I tried to tell Daddy those were flowers.  I even showed him the buds.  He told me I was wrong and they were weeds.”  I asked Clay why he didn’t listen.  He had no idea really why he didn’t listen.  The ride continued.  We finally arrived at church and bee-bopped into our Small Group.  The Lord has a sense of humor!  Guess what our lesson was on?

Love and loving the unloving.

Ever feel like the Pastor or Sunday School teacher has been following you?  I think Brother Jeff was the fly on the wall, or in this case, the fly in the flower garden.  HA!

Clay and I don’t get upset at each other like this too often.  But when we do, they are usually quick-lived.  Sure, we argue and disagree like any married couple, but our ability to quickly put aside our differences is such a blessing.  The Lord’s Holy Word says to be angry, but do not sin (Ephesians 4:26).

One of the first things Brother Jeff mentioned as we studied from 1 John 4:10-17 was that we often make the horrible mistake of waiting until someone loves us back to love them first.  We are supposed to love first!  In the book of Romans, it talks about love being a directed love.  He also said, “Our Love will be a visible manifestation of an invisible God.”

Was I showing the beauty and glory of the Lord by budding into a Christian wife who “with my love shows a visible manifestation of an invisible God?”  Was I being quick to forgive and slow to anger?

I think the lesson meant the same to Clay.  As were sitting in the same row of chairs, he finally moved closer and gave me a kiss on the cheek.  He said, “I am sorry.”  Three little words that can bring life back into the spiritual garden.  Then I had an idea….. The current condition of my flower bed looks horrible.  So why not turn those scars into something beautiful, as a reminder that his Mercy is new every day! When we got home from church, I took a drive out Highway 431.  It’s only a few miles from our house and I’ve always enjoyed that drive.  The scenery was amazing and it gave me time to think.  I pulled a U-turn and set my destination to Lowe’s.  I bought some beautiful tulips and pansies.  My plan was to bring attention to the tulips and pansies and away from the hot mess once called daffodils.  🙂 Hopefully, these flowers would cover the stems of the crocus that remained.  Thankfully, Clay did leave SOME of the roots for crocus.  We now wait until next year to see these beauties, unless he decides to pull “weeds” again.  LOL! I came home with the intention of having Clay plant these flowers.  It’s time I educate him on the differences between weeds and flowers.  That was a great plan until I realized he had no idea how to plant a flower either. 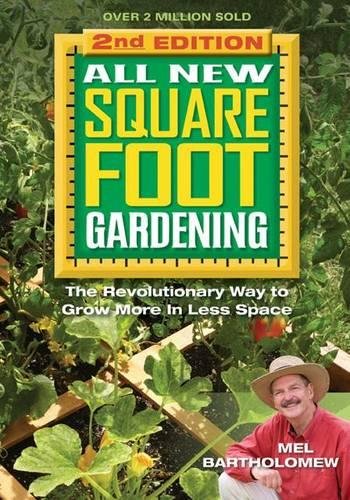 Enter the middle child – the forgotten one, the compliant one, the quiet one, the flower expert.  He said, “Daddy I can teach you!”  Clay had no idea he knew how to plant flowers.  It was cute!  I finally took pity on Clay and helped him plant the small ones.  I left the tulips for him because they required more digging.  We spent the afternoon together outside enjoying the beautiful Tennessee sun and the beauty the Lord blessed us with here in this area.  I did make a silly video of Clay watch below:

We worked until dinner time.  I came in and fixed us a quick supper.  Clay finished up a couple of things and came in.  He hugged me and loved on me.  He told me how much it meant to him for me to help him.  He explained how it meant to him for us to spend that time together.  So you know the saying goes—God can use all things for His glory!  Now Clay knows how to plant and we did it together! I could have let weeds continue to grow in my heart.  I could have made him suffer.  I could have pouted for days.  You know what happens to a yard when weeds begin to sprout?  They take over.  Pull the weeds and allow flowers to grow in your spiritual garden. Wondering how to start a garden with kids? These simple tips can help you accomplish just that!    With the summer approaching, there’s nothing like outdoor activities to have a lot of fun with kids. And what kid doesn’t like a reason to play in the dirt? Why not combine both things and start a… If you’ve never tasted a wonton, you’re missing out. But I warn you; you can not taste a wonton from any random restaurant or local grocery store and base your decision off that. It’s difficult to find a well prepared wonton here in the states. That is one reason why I’m so excited about these… Son of God Review and Autism I have read many reviews that tear this film apart. While I won’t give my stamp of approval on the Biblical accuracy on this film, I think the outrageous comments describing this film are harsh. The film begins with the birth of Jesus, obviously, then moves into his ministry,… Pantry Staples Every Baker Should Have If you or your family enjoy fresh-baked goodies, why not create these delicious dishes from scratch within the confinement and comfort of your home? Honestly, it really doesn’t take much time or effort to bake goodies from scratch. One of the benefits of home-made baked treats is that you… As a Christian, I have been blessed to know friends that are from all walks of life. Some of my friends are Jewish. Through our discussions, homeschooling and Bible studies, I began diving into the Messianic prophesies and why- as a Christian would you even consider Biblical Feasts: Celebrating Hanukkah. My studies on how the… If you missed part 1, you can find it here.  Have you ever seen those posters or advertisements with the mom nursing her baby? That was my middle son- not literally, but figuratively. He was the poster child for breast feeding. I enjoyed nursing him. It’s how God designed our bodies as mothers. However, he…