Who’s in the mood for a little comfort food? This Southern Air Fryer Cornbread pairs perfectly with our Vegan Chili or football chili. You won’t be able to get enough of this delectable and delicious dish.

Skip the boxed cornbread and save your money. Instead, whip up the best Southern Air Fryer Cornbread you will ever have. Homemade cornbread is quick and easy to make, plus it’s easy on the pocketbook. The Air Fryer gives the cornbread a nice, brown crust with a tender and fluffy inside. Slice and serve with a pad of butter or next to a big bowl of chili.

This recipe has been adapted to fit the dietary needs of my family. My Southern Cornbread is soy-free and nut-free. I was so impressed after testing this cornbread in the air fryer, I just had to hop on and share.

What Makes A Southern Cornbread

Southern cornbread tends to run on the more savory side. Although you’ll taste a slight sweetness, it’s not overpowering like some cornbread recipes. The distinct taste is what sets southern cornbread apart from others.

Basically, Southern Cornbread is comfort food that is a way of life here in the south. Regardless if your a southerner, northerner, midwesterner, or westerner, every single one of us grew up with a food that we loved and enjoyed. Although our taste buds change over time, even as adults we still have comfort food we turn to in our time of need. One of those foods for me growing up (and is my husband’s favorite) was cornbread.

Nothing beats a big slice cornbread with a slab of butter straight from the air fryer. However, this recipe uses whole wheat and I opted for agave because it’s better for diabetics and is proven to lower glycemic index!

What Type of Cornmeal Do You Use For Cornbread

I reached for yellow cornmeal. White will work but it doesn’t offer that golden color that you expect. Also, don’t reach for the cornmeal flour used for making tamales. This isn’t the cornmeal you need for cornbread. Take it from experience.

What is the History Of Cornbread

Something unique about cornbread is that it’s been around for a very long time. People have used cornbread as a main staple in their meal before you or I were born. Cornmeal was an important part of baking in early settler times. Can you imagine the yummy stuff they cooked in the past? Everything was made from scratch. In fact, southern cornbread actually originated with the Native Americans.

Amazingly enough, cornbread was embraced by European Settlers. Native Americans were credited with making the first batch of cornbread. While the recipe for cornbread that Native Americans used was a little different, it’s not too far off from what we use today (source).

It’s safe to say that the Europeans really loved cornbread when they gave it a try. Corn was a staple in the diets of many early settlers. Crops played a major role in whether people ate or didn’t eat back then. Today, it’s easy to take food for granted, especially corn.

Can This Air Fryer Cornbread Be Made In The Oven Instead

Of course! Just follow the directions and grease an 8×8 pan. Then pour in the batter and cook at a preheated 350 degrees. Then bake for 15-20 minutes and check to see how done it is. When you stick a toothpick in the center and it comes out clean you know it is done.

I love using my air fryer often. It has really simplified my mealtime and the texture and taste are always exceptional. We have been making this to go with all our favorite barbeque dishes, roasted vegetables and more. Cornbread is always a great addition to any meal.

Let’s not forget that cornbread also goes well with soup. Some of my favorite soups to make this with include Homemade Fideo Soup, Delicious Instant Pot Apple and Butternut Squash Soup, or The Best Instant Pot Beef and Veggie Soup. 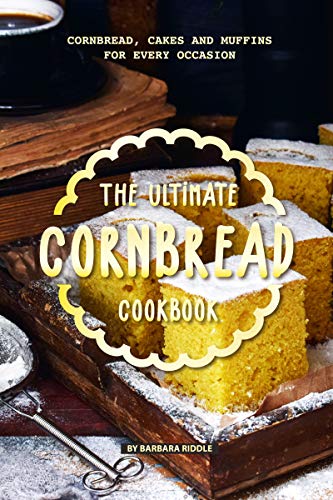 The Ultimate Cornbread Cookbook: Cornbread, Cakes and Muffins for Every Occasion 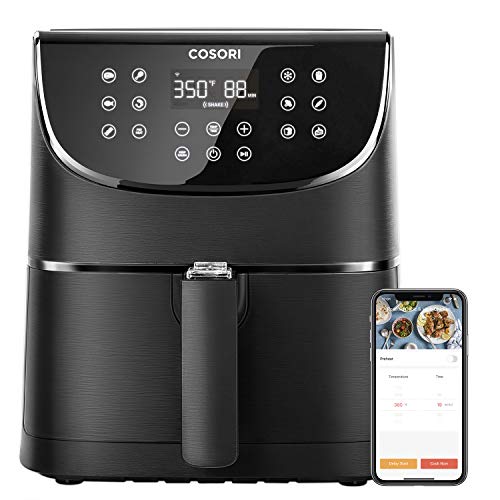 In another bowl combine, milk, egg, agave nectar, and oil. Whisk it till smooth.

Add the cornmeal mix and gently fold it in. Do not overmix.

Pour it out on a greased 6 or 7-inch pan. Tap the pan to release any air bubble

Let it rest for 15 more minutes before taking out of the pan.

Slice and serve immediately with your favorite soup, chili or stews. Or have it by itself with a pat of butter, soy-free vegan butter or jam.

Store the leftover in an airtight container in the fridge.

If you’ve never had cornbread made in an air fryer, you may be hesitant to give it a try.  Trust me, old habits die hard. I was taught that cast iron skillets are just about the only way to make cornbread. My momma makes some of the best cornbread there is and, of course, she uses her cast-iron skillet.

However, I want to urge you to be brave and give this a try! It truly is wonderful! Some might even say that air fryer cornbread tastes much better than the traditional method. The crust has a bit of crispness, but the soft is warm and moist. It truly is a wonderful recipe.

It has the best browning that I’ve ever seen on cornbread. When you pick it up, it stays nice and firm on the outside, yet it’s so soft and moist on the inside. You can pick it up and dip it in your Vegan Chili without it crumbling. It’s safe to say that air fryer cornbread is possibly the best way to cook cornbread.

Now that you know about Southern Air Fryer Cornbread, it’s time to put it on your menu. It’s so delicious and you just can’t go wrong with it. The next time you’re looking for something to serve, this is a good choice.

Do you love cornbread? What’s your favorite part about it?

Don’t Forget To Print Your Recipe Out For Later!

As if I need yet another reason to use my Instant Pot more than I already do, the addition of the CrispLid is yet again a game-changer. From the moment you create this Air Fryer or CrispLid Keto Shepherd’s Pie, you’re going to arrive at the same three realizations I did: (1) understand how game-changing…

You can catch Part 1 HERE and Part 2 HERE. In this series, I have brought you many resources showing how the minority of the population is trying to silence the majority-the Christians. So what can you do about it? I have several things to share with you and I hope you take time to…

If you’re ready to make Canned Pickled Jalapenos, you’re in the right place. Listen, it might sound weird, but don’t knock it until you try it. This simple recipe is great for a quick snack or a spicy and zesty topping for hot dogs, soups, salads, and more.  Be certain to check out our 9 Canning…

There is a saying in the Army, “The only thing that doesn’t change, is things will always change”. For us, this has definitely proved to be true. We moved to Washington state two years ago this coming March and thought this would be the final move until retirement. However, my husband was recently notified that…