Son of God Review and Autism

I have read many reviews that tear this film apart. While I won’t give my stamp of approval on the Biblical accuracy on this film, I think the outrageous comments describing this film are harsh. The film begins with the birth of Jesus, obviously, then moves into his ministry, his death, burial, and resurrection.  Throughout the film, the voice of John can be heard as he narrates. Moving back to the harsh reviews this film received, I think those comments are a result of expectations.  In my opinion, many watched the film expecting the movie to be an exact portrayal of the scriptures found throughout the gospel.  However, my expectations were vastly different.  Unless one wants to spend the majority of 6 hours at the movie theater, it is impossible to condense the life and ministry of Jesus into 2 hours. I consider it foolish to equate a movie to the Word of God. 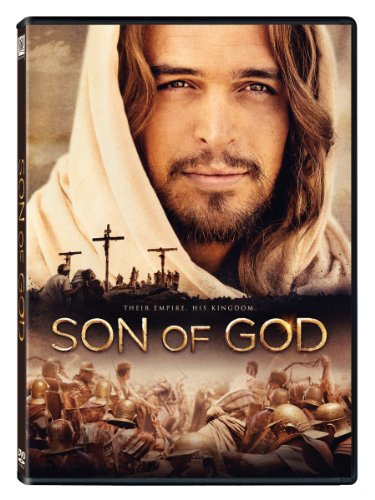 The scenes were well produced and directed. The directors and producers did a good job on the accurate portrayal of the sets and costumes for that time period.  There were no “cheesy scenes” often times found in low budget films, especially Christian-based films. As I mentioned before, the movie does not include every parable and story of Jesus’ ministry found in the gospel.  The movie does not walk the viewer through Jesus’ ministry in the order which they happened.  However, when do we pick up the Bible and read it in the order in which it happened? Many of us can say that we’ve read the Bible from Genesis to Revelation at least once, but that’s not the point I’m making.  We often pick up our Bibles and focus on a scripture or, in this case, a parable of Jesus’ ministry. However, it does highlight some of the important stories of the Bible. I won’t share them all, but here are a couple of the them”

Another important topic to note is Mary Magdalene accompanies Jesus and His disciples—prompting some to criticize the inclusion of a “thirteenth disciple.”  The  film, however, never designates Mary as one of Jesus’ disciples. Many scholars would agree that Jesus’ didn’t travel with only his disciples.  Peter’s wife came along as well (Matthew 8:14).  Therefore, Mary Magdalene’s prominent inclusion shouldn’t trouble us.

Again, I chose to focus on the fact that this was a movie, not the actual Bible.  This movie very much brings us to the heart of Jesus. There was definitely room for creative license taken as well.  However, in this day and age, we tend to focus always on the negative.  The film was a very moving depiction of Christ and his life.

This is the first time that Jesus has been back on the big screen since The Passion of the Christ.  A difference to note, other than the tear jerking depiction of the punishment Jesus took in the Passion, is the pace of the film.  Son of God moved at a much slower pace.  This film gives you another insight and the ability to see and process who Jesus is and his life.

We should all be students of the Word. Watching Jesus walk on water, raise Lazarus from the dead and walk in His resurrected state were all engaging moments.

This film also provides a brief overview of the gospel of John. When we are telling folks about Jesus and witnessing to them, we cannot possibly include every single moment from the Bible. However, we can give an overview and we can plant seeds – seeds that we hope and pray continue to grow – and encourage folks to dive deeper into the word of God for themselves. We pray that they will get to know the Most High on a personal level as they dive into His Word and fill in the gaps that movie left, if that makes sense.

I loved the purpose of this film.  I know first hand of examples of friends who watched this series when it was on the history channel and started attending church and are saved. I know others whose seeds have been planted and questions are continuing to be answered. The purpose was to expose the general public to the Bible in order to spread the gospel. The purpose was to also show the love Christ had for us knowing he was sent here to die for our sins.

Another thing I loved was it showed a loving Christ. I grew up with fire and brimstone and I love it! I don’t need fluff, just give it to me straight please! However, we get a glimpse of Jesus in the crowds, with his mother, with his disciples, and followers and we get to see how he responds to them.

Now what does all this have to do with Autism?

As you know I have one child who has Aspergers (my oldest) and one with ADHD/sensory (my middle – who was previously diagnosed with PDDNOS, but that diagnosis has since been lifted). My oldest is VERY good at memorizing scripture. He knows the Bible extremely well; so well, in fact, he can hold his own with his Dad in Biblical discussions. By the way, his Dad is currently attending Seminary.  However, kids with Autism tend to think in pictures. I am not sure if any of you have read any of Temple Grandin books, but she is a lady who is autistic and is a successful writer and engineer (she designs the cattle shoots for Wendy’s and other popular food chains). Anyway, in her books, she speaks about how hard faith is for someone with Autism. In her movie, there are scenes showing her talking about faith and how she relates it to scenes in her mind. For example, when talking about God, she may see a cross or angels that help her to related to the story of Jesus.  My oldest is very much like this, although he doesn’t have quite as hard of a time with faith as Temple Grandin did. He loves the Lord and has accepted him as his savior and was Baptized in His name. The point I’m making, though, is he relates in pictures. Now, I knew taking him to see the film that he would probably pick it apart by noting anything missing or “Hollywoodized.” We spoke after the movie and he did tell me the things he noticed. However, he also told me some things that confirmed taking him was a good choice.

Some of Temple Grandin’s AMAZING resources. 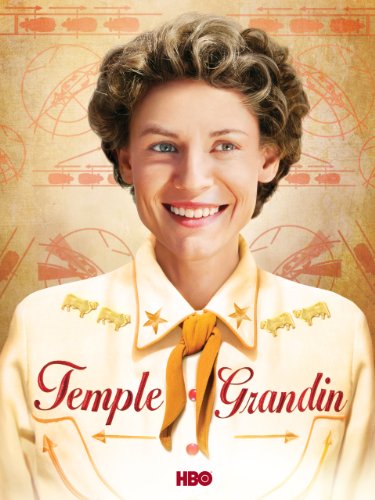 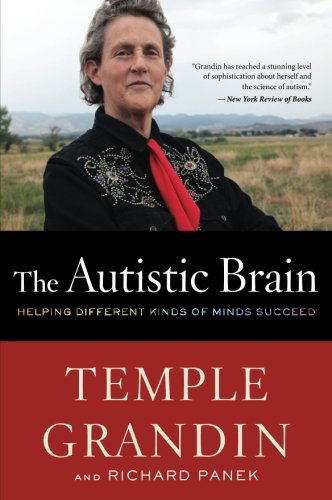 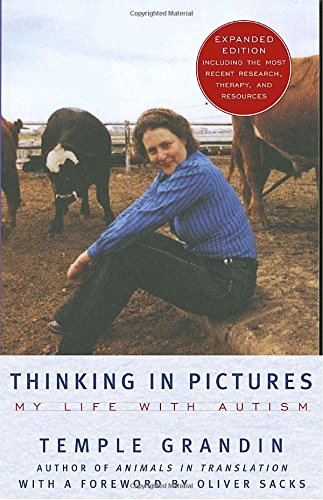 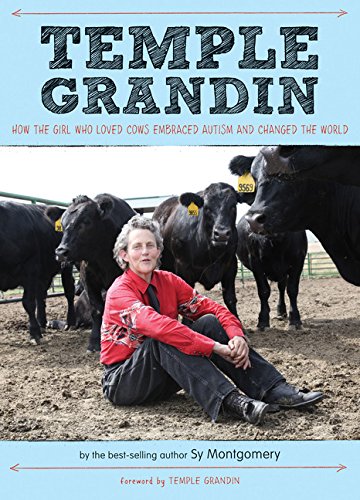 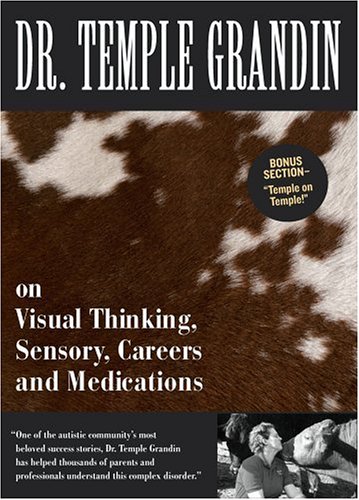 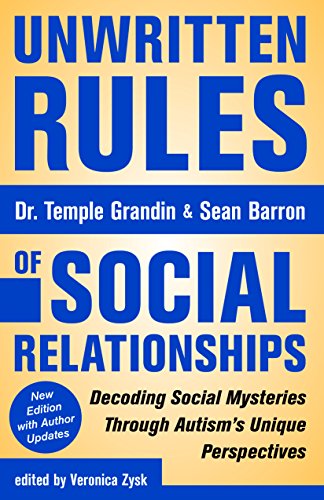 He explained to me that while he can learn and memorize scriptures very fast, he does have trouble not having a picture to relate to the stories. Although he can draw his own pictures, he could look at pictures from his Bible or from the Bible tracks or picture cards, he was not able to relate the scriptures to the story.  He couldn’t “see” the story unfold. Most of us can use our imagination, but for those on the spectrum, they have a very difficult time with imagination. The movie made a difference for him. He was able to relate the scriptures he has memorized to the story of Christ. This week he has been rereading the stories in his Bible because he now has a picture to relate to. 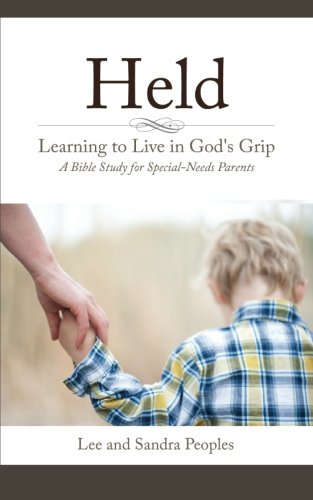 Held: Learning to Live in God’s Grip: A Bible Study for Special-Needs Parents

My middle son (ADHD and sensory issues) was recently Baptized.  He loves the Lord with all his heart and he is doing quite well with his scripture memorization and Bible knowledge, too. During the movie, he didn’t move. He sat still as a statue and never took his eyes off the screen.  When the scene came for Jesus to be beat and then die on the cross, I saw tears on his face. When I asked if he was okay, he said “Momma, I knew he died, but I didn’t know it hurt SO bad.” Before the movie, he could tell you that Jesus was punished, but this movie showed him just a glimpse into the pain Jesus took on for all of us. 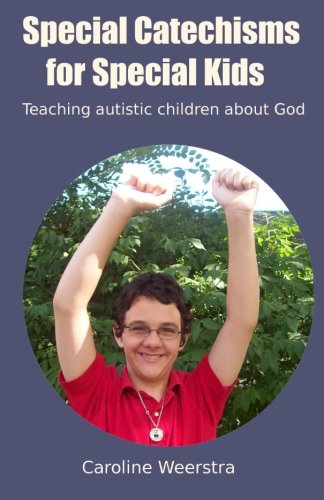 Special Catechisms for Special Kids: A resource for teaching autistic children about God

My kids all loved the movie, including my 5 year old who also knows a lot about Jesus. I am so glad we took them.

Go see it yourself and then tell others. I want to thank Compassion International for our tickets. I was not asked to do a review but wanted to give thanks.

How the Total Transformation Program Is Helping Our Family Several years ago we were embarking on the worst behavioral, sleep, and sensory issues my oldest has faced and challenged us with.  As my husband and I were trying to deal with these challenges, my mom and I stumbled upon a program called The Total Transformation… Y’all! I have another fantastic sneak peek and review to share! Have you heard of Sunya – The Magic and Wonder of Math, Adding and Subtracting by Sunya Publishing? No? Ok, well let me share all about this brand new company! So we were reaching the end of our Math books for the year and what… Hey everyone!  It is time for Advent: Jesus Storybook Bible AND Journal Through The Bible! I can’t wait to share it along with a few other exciting things with you! I’m sure by now most of you have figured out that I love Christmas. Like I really really love Christmas! It truly is the… Stop Putting Your Kids In A Spiritual Bubble I see so many posts about protecting our children from the sins of the world, or what could be considered a contributing factor to sins.  I agree that they need to be protected. Most of you all know that we are a homeschool family and we believe…