Have you ever come across the Homemaker’s Creed by Betty Crocker? You can see it on page 103 of this Google Books preview. Betty may not be a real person (she was a fake persona made up by General Mills), but the creed has been inspiring homemakers for decades!

Of course, homemaking isn’t exactly the same as it was back during Betty’s heyday. I thought it was time for a revised homemaker’s creed. Here is my New Homemaker’s Creed for the Modern Homemaker! A New Homemaker’s Creed for the Modern Homemaker

My motivation behind this revision is to emphasize on the fact that you can be a modern, independent woman yet still thrive in a traditional role. You’re not in some way “less than” another woman just because she’s a “career woman.”

As a homemaker, you have a career, too. Yours is just in service of your family instead of a corporation. And what you’re not being paid in cash, you’re being paid through seeing your family flourish and your children grow up into wonderful adults. 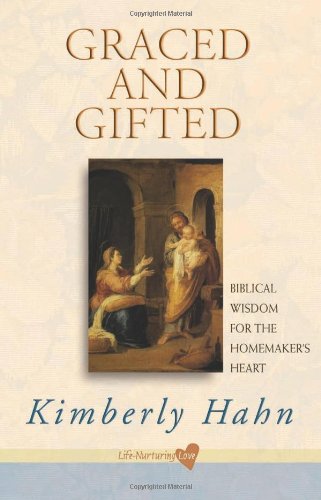 Graced and Gifted: Biblical Wisdom for the Homemaker’s Heart

Of course, you can also be a dedicated homemaker plus something else. I remember reading that women are better multitaskers than men and that certainly seems like it could be true. T

here are vast amounts of women who are amazing mothers and keep wonderful homes, but also run a business, or write books, or operate a charity, or work for a company in some capacity.

Being a homemaker no longer means you have to always be doing things for your home. There are 24 hours in a day, make the most of them!

I also feel that homemaking shouldn’t just be seen as a “woman’s skill.” Knowing how to care for a house and family is something everyone (male, female, young and old) should learn.

There’s no reason why the “bachelor pads” of the future can’t look like modestly decorated, decently clean homes for single men, as opposed to the slovenly “man caves” often depicted in media.

And just because a girl isn’t married doesn’t mean she doesn’t need to know how to cook and clean! Those are just basic skills for independent living! 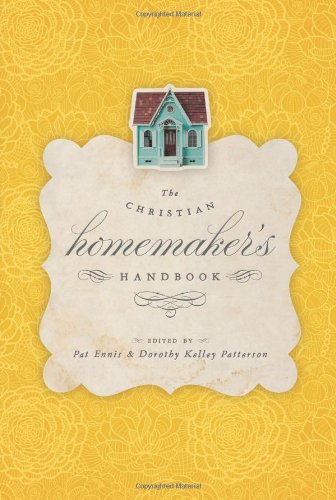 Really, homemaking skills are life skills. They keep you fed and keep your living space clean. In fact, did you know that home economics is now called the field of family and consumer sciences?

There’s even an association for it called the American Association of Family and Consumer Sciences. It’s nice to see that other people have realized that homemaking skills are vitally important! 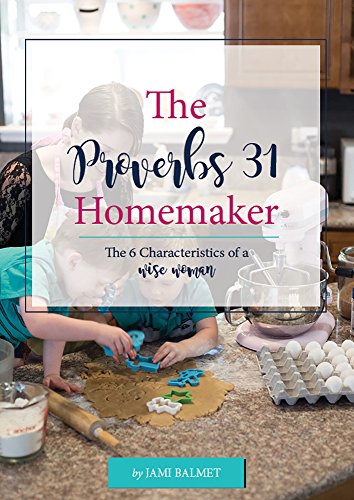 The Proverbs 31 Homemaker: The 6 Characteristics of a Wise Woman

With all of that in mind, I set out to write a new homemaker’s creed that was more fitting for modern homemakers. I made a printable version as well to hang near your desk or elsewhere in your home as a little inspirational reminder. I believe that homemaking is as challenging and worthwhile a career as any form of traditional employment.

I believe that homemaking is an art that requires a high level of expertise in a variety of valued skills.

I believe that homemaking brings out the best in me.

I believe that no homemaking tasks are beneath me, as they contribute to the happiness and safety of my home.

I believe that homemaking allows me to create a safe haven for my family, free from the stress of the outside world.

I believe that being a homemaker is a position of honorable service, serving those I love and helping them to flourish.

I believe that my work as a homemaker helps to build a happier and more stable environment for the community as a whole.

I believe that my work as a homemaker helps the next generation to see the value of homemaking skills.

I believe that it is only through the work of a dutiful homemaker that a house becomes a home. That’s my revised homemaker’s creed. I know everyone has a different homemaking style and a different way to view homemaking, but I think that these are universal truths in the homemaking community.

Obviously, it’s impossible to be the perfect homemaker every day, but the reality is this creed is what I strive toward every day. Especially that last one – making a house a home.

Without a homemaker, a house is just a place to sleep and keep your stuff. But it’s in homes that memories and happiness are built.

What do think of my homemaker’s creed? Is there anything you would add? Do you own a lot of books? If you’re an avid reader like me, you’re probably trying to figure out the best way to organize these bad boys. After all, it can get frustrating when you’re trying to find your favorite hardback and it’s nowhere in sight, or, even worse, it’s under a big messy… Christmas is such a special time of year in our home. The soft glow of twinkling lights filling the neighborhoods; the sounds of Christmas music overtaking the radio; the movies that take me back to my childhood as I share the memories with my children. The memories created each year will last our family forever…. Let me take you on a trip to the other side of the world for this delicious and popular Indian recipe! Chicken Tikka is a very popular Indian cuisine that is also an appetizer. It is popular all over the world but what is the history? Y’all knew I was going to go there right?!… We spent much of the day on Saturday at Opry Mills Mall in Nashville.  The boys had Lego gift cards they received as Christmas gifts and some birthday money that was burning a hole in their pockets.  I don’t necessarily mind taking my boys to the Lego store, but it can be frustrating.  They know… Must Have Dinosaur Gifts My boys are obsessed with dinosaurs. Every little fact about dinosaur bones, teeth, and claws brings ooo’s and ahh’s to all of their mouths. To share their love for dinos, I compiled a list of must have dinosaur gifts. This list is perfect for the upcoming holidays, but the items…