One of my favorite holidays to celebrate with my family is Christmas. It’s a holiday that is filled with time-honored traditions, such as decorating the Christmas tree, setting out all of my nativity scenes, beginning Advent, watching all of the Christmas classics (Rudolph and Frosty and the Drummer Boy – oh my!), celebrating St Nicholas Day, baking and cooking, and of course shopping. I also love Unique Christmas Traditions From Around The World.

(scroll to the bottom for the giveaway;))

Unique Christmas Traditions from Around the World

KFC for Dinner in Japan

Whereas many of us are excited to show off our turkey roasting skills for Christmas, chicken is the main entrée in Japan. The story is that a group of people who were visiting Japan in 1974 couldn’t find their requisite turkey on Christmas day, so they opted for chicken instead.

KFC took this as an opportunity to do a bit of ingenious marketing. They launched a campaign called “Kurisumasu ni wa kentakkii!” (which translates to “Kentucky for Christmas”). They promoted a Christmas special that included chicken and wine and people apparently loved it!

To this day, people in Japan celebrate Christmas with a bucket filled with KFC, cake, and champagne. How many people, you ask? An estimated 3.6 million families! 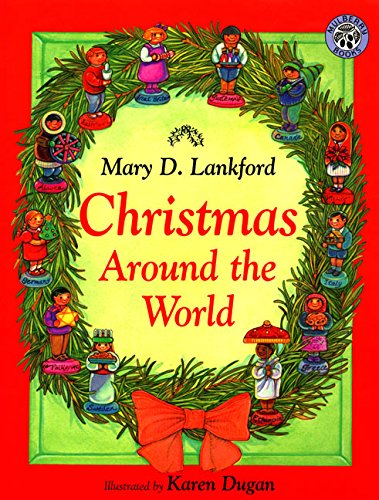 Christmas Around the World

4 Months of Christmas in the Philippines

Boasting the third-largest population of Catholics in the world, Filipinos are known for having what is probably the longest Christmas season in the world. Beginning the festivities on September 1st and drawing things to a close as late as the 4th week in January, that is nearly 5 months of Christmas spirit!

As the big day draws closer, they celebrate with 9 days of dawn Masses called the Simbang Gabi, spanning from December 16th until Christmas Eve. Vendors gather outside churches each morning to sell mass attendees tasty native delicacies for breakfast. On Christmas Eve (Bisperas ng Pasko), they celebrate with a Midnight Mass and a traditional feast called Nocha Buena.

Loved ones often exchange gifts and then carry the celebrations over into Christmas day. Christmas day is usually filled with visits to the family (especially elder family members), a festive lunch, and a final Mass, the Misa de Gallo, that takes plate late at night.

In France, different parts of the country have their own traditions. In the south of France, they celebrate with Les Treize Desserts (the 13 desserts). The desserts represent Jesus Christ and his 12 apostles.

The dishes vary depending on where you live and your family’s traditions, but you are likely to find traditional desserts, nougat, and plenty of dried fruit. Meanwhile, in Northern France, vendors set up Christmas markets to sell an array of Christmas treats.

On December 6th, “St. Nicolas” walks around town handing out sweet treats to children. All over, France, people celebrate Christmas Eve with a Reveillon in which family and friends gather together to bring in Christmas with food, wine and good times. 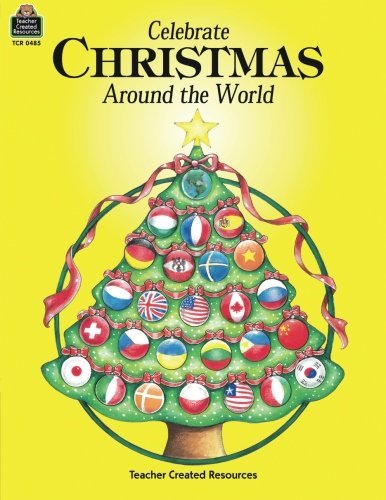 Celebrate Christmas Around the World

The Witch of Christmas in Italy

One Italian tradition that has been practiced for thousands of years is that of La Befana, also known as the Witch of Christmas. The story goes that the Three Magi (the Three Wise Men) traveled across the land to bring their gifts of gold, incense, and myrrh to baby Jesus. As they traveled, most people ran out to greet and join them.

One old woman, however, was so busy cleaning her home that she missed her chance. She tried to rush out to join them with her gifts and a broom in her hands only to find out that they were gone.

Ever since then, she can be found flying around on her broom, leaving the gifts meant for baby Jesus for good children. Just as with Santa, you can often find “La Befana” handing out gifts on Epiphany Eve (January 6th). Get your copy of Christmas Around The World here

In some parts of America, you may find children excited about finding “the Christmas Pickle,” a Christmas tree decoration that is shaped like a pickle. The peculiar ornament is hidden somewhere on the tree and the child who finds it gets to have an extra gift.

The exact origins of this odd (yet fun) tradition are still unclear. One theory is that it is the result of a marketing campaign by Woolworths when they found themselves with a large stock of glass-blown vegetable ornaments that they needed to sell.

Others trace the tradition back to Germany (who does not seem to claim the original story). Whatever the origin may be, it seems that many people have adopted the tradition for their family. 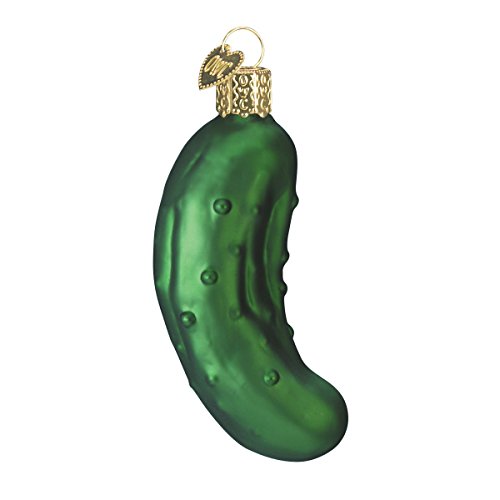 Apparently threats of coal aren’t severe enough for the people of Austria. In a Christmas tradition that is more reminiscent of Halloween, jolly old Saint Nick is accompanied by a demon named Krampus.

While Santa doles out goodies to the good kids, the Krampus metes out punishment for the naughty ones. Some people even dress up as Krampus during the holiday season and take to the streets, frightening children.

Visiting Lost Loved Ones in Finland

Finnish people use the Christmas season to remember loved ones who have passed away. It’s common to find cemeteries filled with graveside candles left by people who came to visit.

It is said that it is a beautiful and tranquil sight that nearly 75% of the population takes part in, especially on Christmas Eve. I think there is something beautiful about taking the time to remember your entire family on Christmas – even if some of them are no longer with us. Reunion of the Families in Portugal

The Portuguese also take time on Christmas to pay their respect to loved ones who have died. During their Christmas feast, Consoada (aka “Reunion of the Families”), they set an extra place at the table for relatives who have passed away. 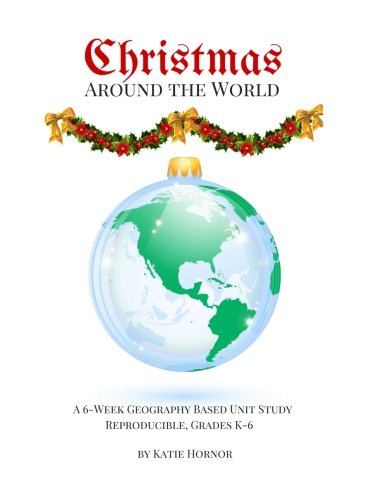 Christmas Around the World

If you think having one gift-giving entity is great, imagine having 13! That’s exactly what the people of Iceland have. Known for believing in fairies, trolls, and elves, it’s not surprising that their Christmas season would involve visits from the “Wee Folk.”

On each of the 13 nights between Christmas and Epiphany (January 6th), children leave a shoe in their bedroom window. In the morning, they find a sweet treat that has been left behind by one of 13 Yuletide Lads, who are known to be merry yet mischievous.

At least that has been the tradition ever since 1746, which is when a law was passed that banned parents from telling a creepier version of the legend. 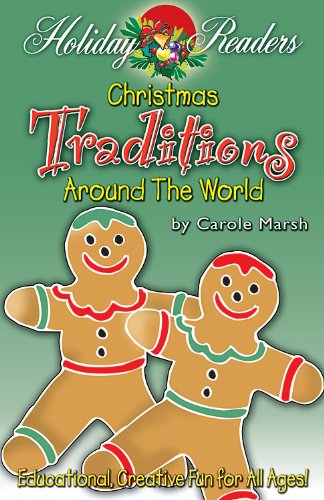 Christmas Traditions Around the World (Holiday)

In Britain and Ireland, Christmas pudding (aka plum pudding) is a major tradition that can be traced back to medieval times. The last Sunday before the advent season is designated as “Stir Up Sunday.” This is the day when the family gathers together to make the pudding.

The pudding is made up of 13 ingredients (including lots of fruit) to represent Jesus Christ and his 12 disciples. Each member of the family would take a turn stirring the pudding from east to west to represent the journey of the Three Wise Men. Tradition also calls for a coin to be added to the mixture to bring luck to whoever found it.

The pudding would set until Christmas day when it is steamed to reheat it. Then brandy is poured over the top and set on fire (to represent Christ’s passion). Of course, once the fire is out the family digs in, being careful not to swallow the hidden luck coin.

These are just a few unique Christmas traditions from around the world. Now, I’d love to know a bit about how your family celebrates Christmas. Comment on social media or send me an email to let me know.

Now Time For The Giveaway

It’s hard to believe that Christmas is upon us once again. 2019 has flown right by and the holiday season is in full swing. With Christmas being the season of giving, I’ve gotten together with some pretty awesome bloggers to give TWO families some CASH in the 5th annual Christmas Blessings Giveaway – $250 cash (delivered via Paypal).

We hope that the prize will be a blessing to the winning families and help them to fulfill their kids’ Christmas wishes, pay off some bills, or save for a rainy day. Whatever the money ends up being used for, our prayer is that it helps to lessen any financial burden and/or fills a specific need.

Giveaway Rules: No purchase necessary. Must be 18 to enter. Void where prohibited by law. **Open to US/Canada residents only.** This giveaway is in no way sponsored, endorsed, or associated by Facebook, Instagram, Twitter, or Pinterest. By entering this giveaway, you agree to release Facebook, Instagram, Twitter, Pinterest, Woman to Woman Ministries, and all participating bloggers of all liability. The contest ends at 12:01 am EST on December 15, 2019. The winning entry will be verified. The winner is randomly chosen by Rafflecopter and will be emailed. With the warmer weather approaching, it’s time to clean the grill! I can smell the aroma of hotdogs, hamburgers and barbecue filling the air as my hubby puts on a show that grill masters would envy. Speaking of hotdogs, these homemade hotdog buns are not only simple, but they’re gluten-free and soy free as well! … Keeping a Journal In this month’s edition of Write Through the Bible, I wanted to talk about keeping a journal. I keep a journal in addition to writing my daily Bible study verses. This can be intimidating, especially to someone who is new to the idea. To be quite honest, it seems like a lot of… This Instant Pot Creamy Sun Dried Tomato Chicken recipe is incredibly flavorful and tasty. The texture and combination of ingredients will have everyone lining up for seconds.  Are you tired of spinning your wheels and trying to think of a dinner in an instant to prepare for the family? If so, you’re not alone.  This… How to Teach Your Homeschooler a Second Language Have you ever met someone who speaks a foreign language fluently and with perfect accents? It’s impressive! Not only is it impressive, it is jealousy-inducing, especially when you consider the advantages associated with being fluent in two or more languages. We have been blessed to live in… Hi! My name is Laura and I am a shopaholic.  I love to shop.  Which is what led to this post, CHRISTmas Lessons from a Shopaholic! By all accounts, the argument could be made that I am a “fashion” blogger of sorts.  Think about it.  I post a different outfit almost every Monday, not to… I seriously can’t believe we are this far into 2019 already. Before you know it, it will be 2020!!! 2018 was a such a huge year for us. We’ve been talking about our most popular posts and recently published our Best of the Best and our Top Instant Pot Posts of 2018. Today, we are…