Diving in and studying the Bible is so important. I know as a mother I often cling to the Word to help me get through. That’s why I loved learning about 10 Times The Bible Showed Us Real Motherhood.

It’s not easy being a mother. Indeed, it is not easy. All the mothers reading this can relate so strongly that you’re undoubtedly nodding your head in agreement. Motherhood that can be stressful, hilarious, burdensome, sacrificial, memorable, and so on.

Mothers have this innate sense about being able to spot other mothers around them. Not just a mother, but new mothers, seasoned mothers, mothers of multiple children.

Why? Because there’s just something about moms that differentiate them from the rest. They stand out based on their actions and reactions. Motherhood is nothing new.

Inevitable occurrences happen in a mother’s life that has happened since the beginning of time, yet these occurrences are still relevant today, regardless of the mother, era, or culture.

Here are 10 Different Times the Bible Showed Us Real Motherhood.

Judges 13:21-23 – When the angel of the Lord did not show himself again to Manoah and his wife, Manoah realized that it was the angel of the Lord. We are doomed to die!” he said to his wife. “We have seen God!” But his wife answered, “If the Lord had meant to kill us, he would not have accepted a burnt offering and grain offering from our hands, nor shown us all these things or now told us this.”

This verse comes after an angel stated that Manoah’s wife was going to bear a son who we would later come to know as Samson, the strongest man in the Bible. Although what she was going through must have been scary and those around her were doubting, she stood firm knowing that she had a huge responsibility in preparing for her child and his destiny. 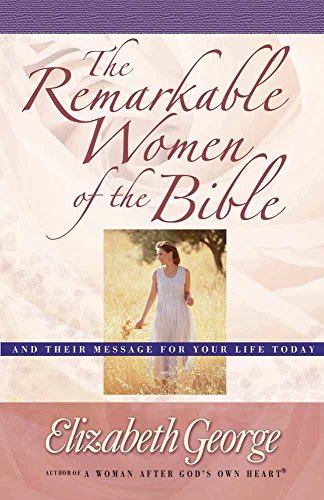 The Remarkable Women of the Bible: And Their Message for Your Life Today

Luke 2:46-48 – After three days they found him in the temple courts, sitting among the teachers, listening to them and asking them questions. Everyone who heard him was amazed at his understanding and his answers. When his parents saw him, they were astonished. His mother said to him, “Son, why have you treated us like this? Your father and I have been anxiously searching for you.”

This one has always made me giggle.

Raising boys can be a feat and it was no different raising Jesus, the Son of God. He still worried His mother just as any mother worries for her son in this day and age. 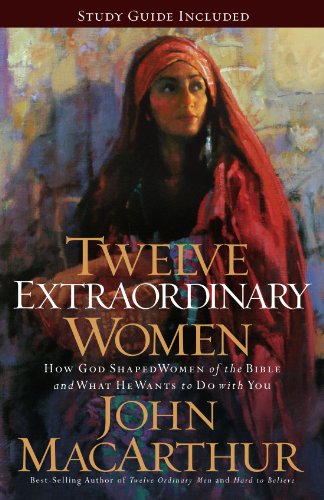 Twelve Extraordinary Women: How God Shaped Women of the Bible, and What He Wants to Do with You

Genesis 17:15-16 – God also said to Abraham, “As for Sarai your wife, you are no longer to call her Sarai; her name will be Sarah. I will bless her and will surely give you a son by her. I will bless her so that she will be the mother of nations; kings of peoples will come from her.”

Too many times, mothers are the unsung heroes of the story.

They give birth to a king and have to deal with the hardships of raising such an important little person. Yet, often mothers receive little of the glory without complaining because knowing they have succeeded is all they need to be satisfied.

John 2:3-5 – When the wine was gone, Jesus’ mother said to him, “They have no more wine.” “Woman, why do you involve me?” Jesus replied. “My hour has not yet come.” His mother said to the servants, “Do whatever he tells you.”

I think the moments between Jesus and his mother make me laugh the most simply because it’s so different from what anyone has experienced but, then again, it’s the same as any mother with her son. How many times have we needed our mothers to push us into doing something we didn’t think we were ready for? 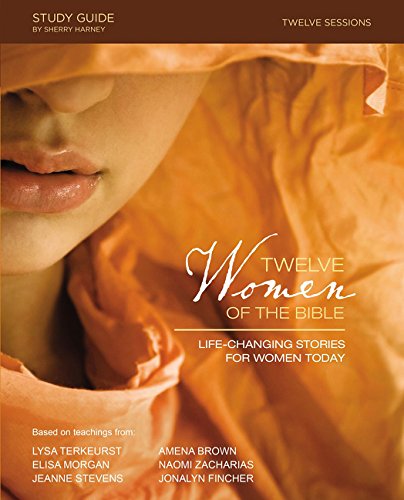 John 19:25 – “Near the cross of Jesus stood His mother.” This is such a brief sentence but one of great importance. Even though her son was enduring something so horrible no mother would want to bear it, Mary stayed by her son until He passed.

She was there every step of the way.

Motherhood sometimes means bearing things we don’t want to in order to help our children through the hardest times they will ever face. 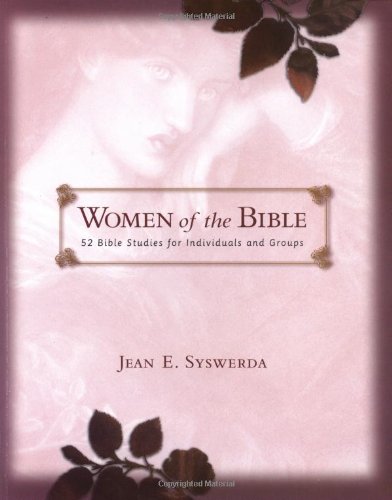 Women of the Bible: 52 Bible Studies for Individuals and Groups

Exodus 2:3 – But when she could hide him no longer, she got a papyrus basket for him and coated it with tar and pitch. Then she placed the child in it and put it among the reeds along the bank of the Nile.

The hardest thing a mother can ever do is watch her child leave her and trust that God will protect them. Moses’ mother had to let her son go as a baby and watch him float away on a river and hope that God would take care of him. Although mothers worry, they most often times have the perfect instinct on what is best for their child. 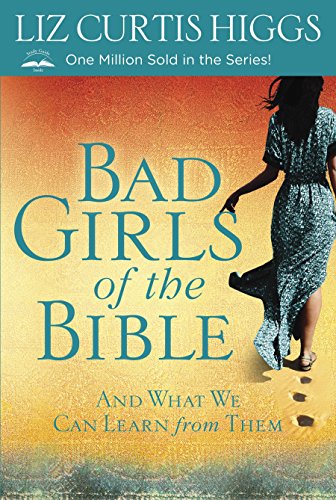 Bad Girls of the Bible: And What We Can Learn from Them

Genesis 30:22 – “Then God remembered Rachel; he listened to her and enabled her to conceive.” – The draw of motherhood and motherhood itself can make a mother patiently persistent.

Rachel never gave up hope that she would one day give life and even when she did bear a son, she gave all the glory to God. Mothers are always persistent; they don’t give up on something they feel strongly about. 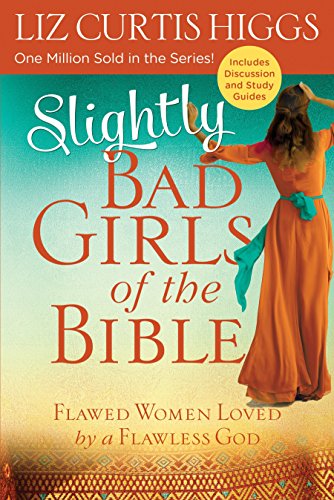 Slightly Bad Girls of the Bible: Flawed Women Loved by a Flawless God

Ruth 4:16 – “Then Naomi took the child in her arms and cared for him.” The child referred to is her daughter-in-law’s child, not even her own.

Once it hits, it’s something that can’t and won’t die and instincts take over when in the presence of any child. 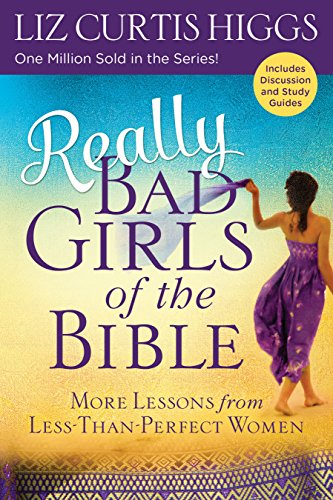 1 Samuel 1: 15-16 – Hannah said, “Oh no, sir—please! I’m a woman hard used. I haven’t been drinking. Not a drop of wine or beer. The only thing I’ve been pouring out is my heart, pouring it out to God. Don’t for a minute think I’m a bad woman. It’s because I’m so desperately unhappy and in such pain that I’ve stayed here so long.”

Hannah is the mother of Samuel, the well-known prophet.

She pleaded for a son and was given a son. Motherhood often brings this sense of willingness to do anything for our children. Whether it’s protecting them or giving them the world, mothers are always focused on their children and labor, pouring out their hearts in order to provide for them. 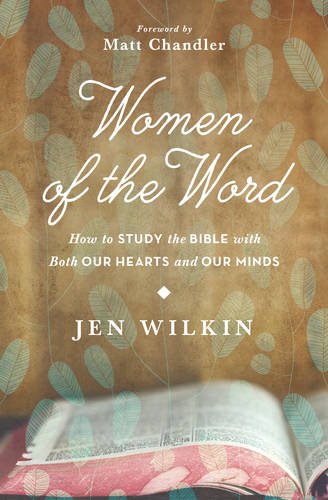 Women of the Word: How to Study the Bible with Both Our Hearts and Our Minds

Matthew 1:20-21 – “But after he had considered this, an angel of the Lord appeared to him in a dream and said, “Joseph son of David, do not be afraid to take Mary home as your wife, because what is conceived in her is from the Holy Spirit. She will give birth to a son, and you are to give him the name Jesus, because He will save His people from their sins.”

Probably one of the biggest moments of motherhood in the Bible is when Mary sacrificed her entire life as well as her dignity in order to give birth to and protect Jesus who later died to save every one of us. Motherhood gives every woman this innate sense of protection over her children. Giving up her life for His was no question just as any mother would sacrifice everything for her children.

If you want to read more about Women in the Bible, here are some great resources!

You can find May’s Journal Through the Bible===>>>HERE or click the Journal picture below. Mother’s Day DIY Craft===>>>HERE or click the flowers below. Vini. Vidi. Vici.  The Latin translation of those three words are, “I came. I saw. I conquered.”  That’s exactly how I feel after finally making it to my first Teach Them Diligently conference.  I have tried to attend this conference for the past three years, but the Army has had different plans.  This year, since… I have a new recipe that I can’t wait to share….THE BEST INSTANT POT TURKEY! But first, have you ever wondered why so many homes across America serve for the Thanksgiving holiday? I love to dive into history and learn as much as I can about our holidays and Thanksgiving is no exception!  One source… April Fools Day Easter Prank Historically, April Fools day doesn’t fall too long before or after Easter. On rare occasions, such as this year, Easter and April Fools fall on the same day. If you are looking for a fun, kid-friendly prank they will never see coming, then sit back and read. I am… I am asked often on my social media pages how to get started couponing. Many have wondered why I spend so much time checking store ads and clipping coupons. I relate coupons to money. Each coupon insert I throw away is just like throwing away money. Basically, each coupon is money. Coupons have assigned values… Air fryer ham and cheese rollups I really enjoy a hot ham & cheese sandwich sometimes. I can only eat about half nowadays but there is just nothing like it! I also love pinwheels! When I was attending Junior High School, High School, and College my brother and I used to have a New Years…

Valentine’s Day treats are lining the shelves in every store across town. The heart-shaped sweets are begging for your attention. I really, truly, thoroughly enjoy creating themed meals and recipes to celebrate the holidays. It just makes sense to create this Air Fryer Bacon Hearts and Omelette recipe for Valentine’s Day! Anytime I can…